Lifewater Canada’s long-term supporters include a married couple in Vancouver who, for almost 30 years, have been very dedicated to getting clean water to those who need it.

The first 12 water wells that Susan and Severin Hoch funded in the early 1990s were through organizations other than Lifewater Canada. Those wells were expensive and usually there was no follow-up once the wells were drilled; so if a well became damaged or needed new parts, the villagers were once again left with no clean water to drink.

In 2003, Susan and Severin discovered Lifewater Canada. They quickly realized that this volunteer-driven charity that began in 1997 had very low overhead costs and was able to get more water to more people than similar organizations.

They were also impressed that once a well is drilled, Lifewater provides training in each village. Local people learn to maintain and care for their wells. They also learn to seek help from Lifewater’s in-country team if major repairs are necessary. Consequently, the wells Lifewater drills remain in good working condition. Water flows – giving the gift of life, health, energy, and a better future.

In response to this very welcome news, Susan and Severin assembled a team of like-minded individuals and over the years, they have funded more than 200 Lifewater wells – mostly in Liberia and Kenya.

One member of that team was Susan’s father, John Ellis. When John died in 2020, he left a legacy gift which has enabled Lifewater to drill many water wells – and to repair the wells of other organizations that were no longer available to service them – in Nigeria. His gift has benefited thousands of people.

“We believe safe water is a human right,” Susan says. “Every person on this planet deserves it. Because we’re so blessed to be born where there is clean water, we have a duty to help our fellow men, women, and children have a life where they do not have water-borne illnesses, where they are healthy and have good food to eat, where they can get an education and a job and be contributing members of society.”

Drinking dirty water results in water-related illnesses such as cholera, dysentery, typhoid, guinea worm and hepatitis. But it’s not just the sickness and death that is such a tragedy, Severin says.

“Lack of clean water means that hundreds of thousands of women and children have to get up before dawn each day to walk an average of six kilometres with 20-kilogram jugs of water on their heads. The girls come back too tired to go to school, and so the education level of the community decreases.

“The women come back too tired and with not enough water to tend their gardens so the nutrition level of the community decreases. And the dirty water they carry back often makes the villagers sick and unable to work, so the productivity level of the community suffers. That is why a lack of clean water is the root cause of poverty. Safe drinking water is basic to human survival, dignity, and productivity.”

Susan and Severin loved Jim Gehrels, founder of Lifewater Canada, and were saddened by his passing in July 2020. “However, we are very impressed by how his wife Lynda has taken up the reigns and is keeping Lifewater the excellent charity it is,” Susan says. “It’s wonderful to see its impact continue to grow.

“We encourage everyone to gather some of their friends and colleagues and ask them to collectively donate enough to Lifewater to pay for a water well each year. Together, they can make a huge difference in one village after another. And having seen first-hand the enormous effect of a legacy gift, we encourage everyone to consider including Lifewater in their will.” 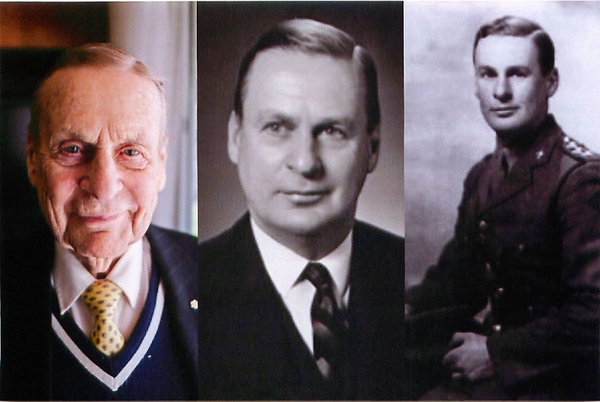 The late John Ellis who, by including Lifewater Canada in his will, has provided safe water to thousands of people in Nigeria