Like Nehemiah  building with one hand and guarding with the other

Hundreds of people in Africa have died in recent years during land-use conflicts between cattle herders who live a traditionally nomadic life – going wherever there is grazing land for their animals – and farmers who object to their crops being trampled by these unwanted visitors.

“Some of the herders have been accused of carrying AK47 automatic rifles and even engaging in kidnapping” to assert their land claims, notes Hosea Apeh, leader of Lifewater’s well-drilling and pump repair team in Nigeria. 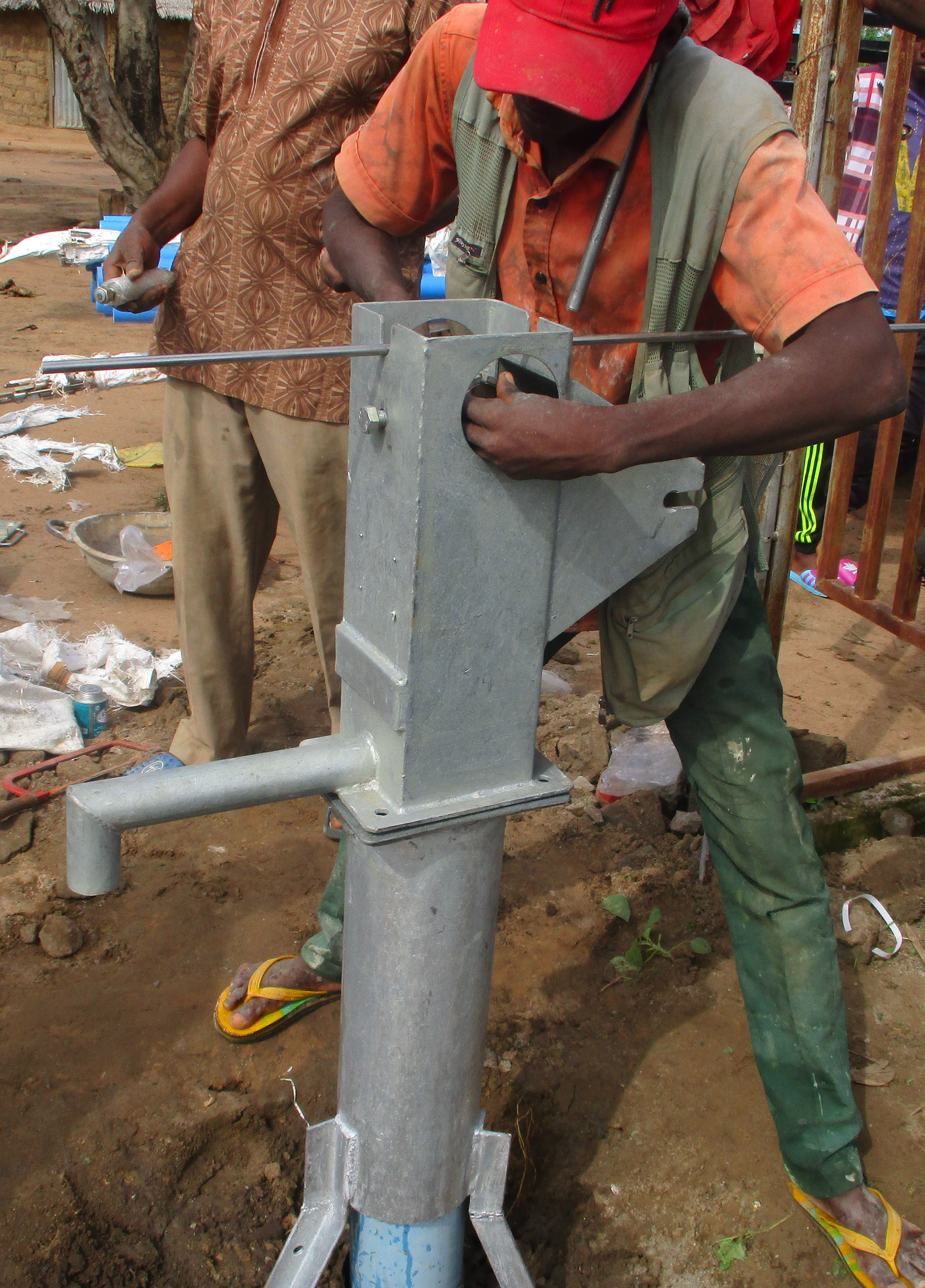 The team received a phone call recently, asking them to enter one of the riskiest regions to repair the broken hand pump on a farming community’s well so safe water could begin flowing again.

It was tempting to ignore the plea.

“The love of Christ, however, is for all,” Hosea says, before quoting Romans 5:8: While we were still sinners, Christ died for us.

“So we undertook the risky trip to one of these isolated communities. They had a well that had been served by an electric pump but it was broken.

"The alternative was to trek for about 25 minutes along a dangerous path and the risk of getting attacked. For security reasons, we were not allowed to take the trip to observe that water source.

“Hastily and prayerfully, we carried out the repair on the hand pump, like Nehemiah (restoring the walls of Jerusalem) – building with one hand and guarding with the other (Nehemiah 4:16-18).

“We were excited when we finished and it was time to depart. Women and children ran out of their huts to bid us goodbye. They sincerely prayed that God would bless us and those who sent us.”

We do all we can at Lifewater Canada to protect our drilling and repair teams in Africa and Haiti. But they face some very real dangers – including kidnapping, robbery, and COVID-19 – as they work on behalf of donors like you to provide safe water to people who desperately need it.

Will you honour the courage of these drilling and repair teams? Will you donate today?