When a Lifewater team arrived in Dabi to replace a broken handpump so water could start flowing again from the Nigerian community’s well, three residents were especially eager to express their gratitude.

“One man and two of his elderly friends could not contain their joy when we visited with the intention to fix the pump,” says Hosea Apeh, the repair team’s leader.

“They wanted to go from house to house to ask people to donate so they could give us some money. We made it clear that it was a gift of love from friends in Jesus’ name.”

The well rehabilitation was financed by Canadian donors like you. It was urgently needed because the pump had been broken for months – forcing many of Dabi’s 2,500 residents to gather their water from nearby streams that are contaminated, or from commercial water sellers they could barely afford.

When Hosea and his team completed their work, “we got a large dose of prayer and ‘God bless you’ messages,” he says with a smile.

May Lifewater’s supporters be equally blessed! 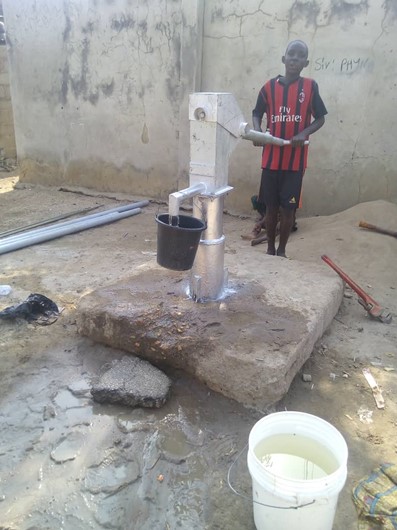