Rationale: Beneficiaries should have year-round access to adequate quantities of water within 1 km of their homes and with minimum wait times. Failure to meet these requirements jeopardizes health as water use for hygiene will fall significantly.

In the hot season, water is needed more than ever to replenish sweat loss. Intermittent streams and shallow dug wells go dry.

While water tables fall during the hot season, Lifewater wells should continue producing water at a rate of at least two gallons per minute over a two-hour period of continuous pumping. If a well produces at least this amount of water, hand pumping to fill buckets can continue without any need to wait for the well to recharge.

Having a good-yield well is only part of the determination if whether basic service levels are met. As explained below, the number of users and the distance/time to collect water also need to be considered.

During the Liberian civil war, all Lifewater wells were drilled with the LS100 drilling rig. This lightweight unit is relatively safe for new drillers to use, can be easily carried in a pickup truck, and can create good water supplies in many places.

During well audits in 2008, we noticed that many of the wells being drilled were increasingly shallow. This is understandable as workers were paid by the number of wells completed, and wells were completed faster and with less physical effort if they were shallow. However, more and more wells were being found where residents complained that there was no water during March and April – the two hottest months of the year. 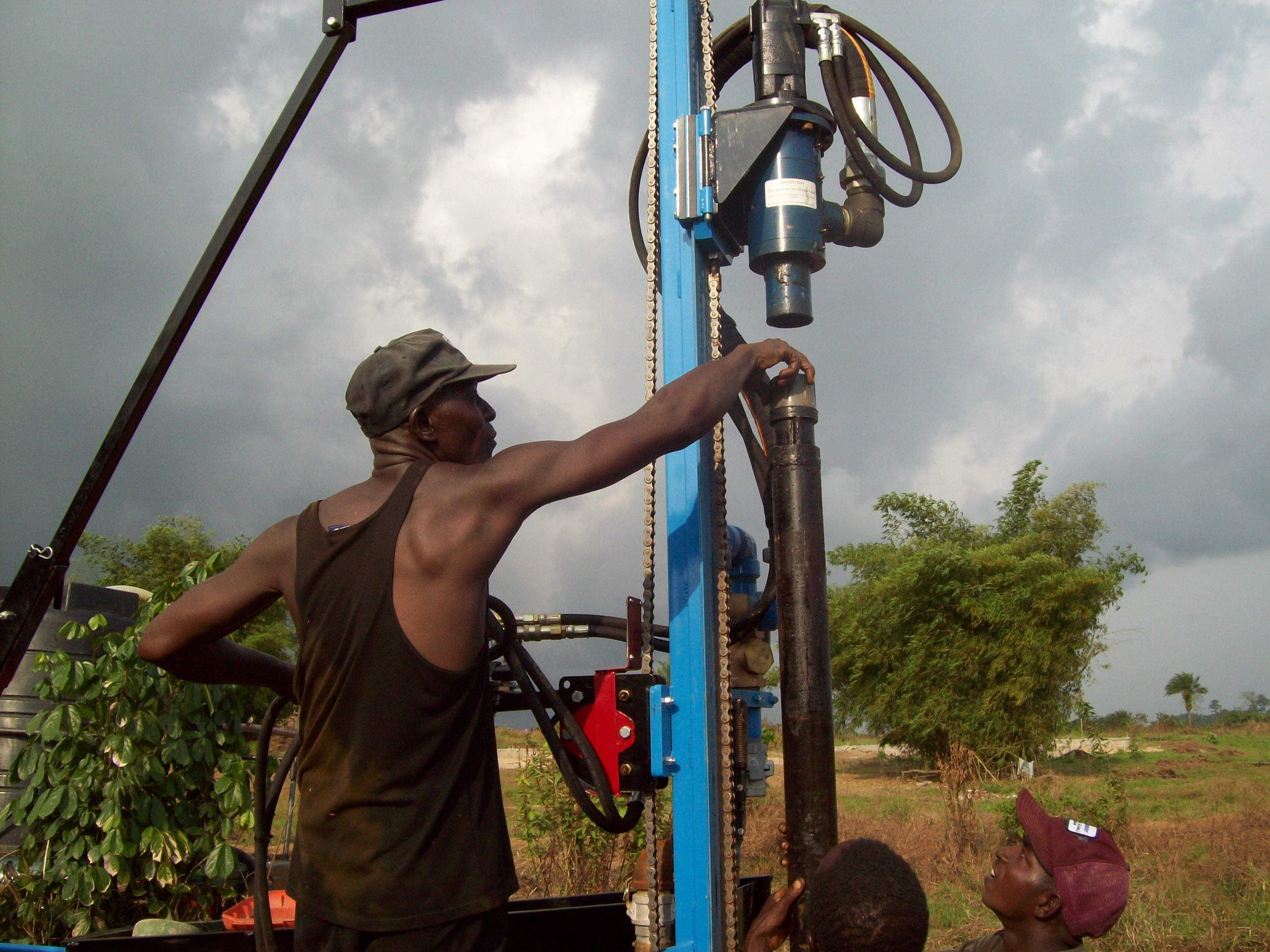 In 2007, a special celebration was planned for Lifewater’s 200th well in Liberia. The last thing anyone wanted was for this to be a bad well! Drilling started in the community of “Sand Town.” When the drillers hit hard rock at 45 feet, there was great concern because this was the depth of hand-dug wells in the area that went dry in the hot season.

The Lifewater drillers were told to keep drilling. The rig bounced around and progress was measured in inches per hour. The frustration of the drill team mounted, and soon they were grinding their teeth and saying this effort was pointless.

Then at 55 feet, they broke through the hard rock layer that had been impenetrable to local well diggers. The well was finished at 60 feet with an impressive yield of eight gallons per minute!

To this day, this is the only well in the area that does not go dry in the hot season, and many other communities have benefited because the drillers have applied lessons learned there to go deeper in other communities than the local hand-dug wells that don’t provide water year-round!

Target 2: Greater than 90% of users within one kilometre (3 Points)

The Operational Target of more than 90 per cent of the users being within one kilometre of the pump is a critical health measure because people are able to use a lot less water if wells are located far from their home.

While water use is optimized if pumps are within 100 metres of people's homes (intermediate service level), people's water use continues to meet the basic service level at pump distances up to one kilometre or a 30-minute total collection time. Beyond this, water consumption drops significantly, putting health at risk (Cairncross S, 1987, “The benefits of water supply”, In Pickford, J (ed) Developing World Water. Grosvenor Press, London).

Although health gains derived from increased access between 100-metre and one-kilometre  distances appear limited, there are other important gains including increased time for activities such as child care, food preparation, income-generating activities, and time in the classroom for girls.

From 2004-2007, there was building awareness within Lifewater about the link between water hauling distance and girls' performance in school. Several teachers spoke about girls being too tired to pay attention in school and having too little time before dark to do homework.

It was Hannah, a Grade 10 student and Lifewater volunteer, who made the connection when she and other volunteers visited an African school and spoke to girls who were coming late and tired to classes. The African girls talked about getting up well before dawn to walk to distant water holes. They described attacks by animals and even rape on remote paths. They talked about having to do these chores again after school and having no light to do homework when they were finally done their chores.

The most moving letter we received about girls and water came from a women’s self-help group in Kenya in 2007. Read a village's letter about the “Girl Child"

The World Health Organization has determined that a minimum of 7.5 litres of safe water per person per day will meet most people's domestic requirements. Those requirements include water for drinking, cooking, food preparation and personal hygiene.

The United Nations' “Millennium Development Agenda” included discussion of establishing a target of 300 people per hand pump. However, this was never formalized and by 2015, there were still 663 million people without access to an improved drinking water source!

Lifewater Canada believes it is unrealistic to expect this target to be met by 2030. In response, we have placed a high priority on providing access to safe drinking water across all of our current service areas. After this has been achieved, we will go back to these communities and provide more water systems where communities have proven their commitment to project maintenance and where there are more than 450 users per water system.

The smaller the population of a village, the less time their well must be operational each day, which mean less hand pump wear and tear. But as village's size decreases, residents need to contribute more and more towards the initial well project and its annual maintenance. As an extreme example, in a village of 45 families, raising $450 towards a new well would require each family to contribute $10. If that same village had only three families, each would have to contribute an unaffordable $150!

The same issue applies to annual pump maintenance costs. It's why extra assessment is required when contemplating drilling in small villages of less than 150 people. There is no point spending a large sum of money drilling a well if the population cannot afford to maintain it over time.

In 2010, Lifewater Canada co-founder Jim Gehrels was having an increasingly frustrating overseas trip. Time was ticking down to his return flight home, and his efforts to bring about change for good increasingly felt like trying to push a rope! 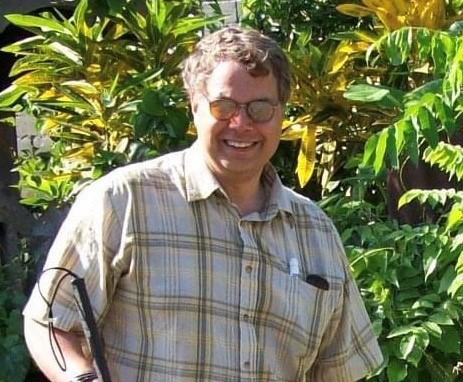 At the end of his wits, Jim phoned a local friend who had pastored churches through difficult times. Anthony came and patiently listened as Jim poured out his frustrations. When Jim finally ran out of words, it was time for Anthony to respond. After reflecting for a while, he said “Brother Jim, you don’t roast a dog quickly.” That was all he said!

Puzzling advice indeed! Cultural differences were highlighted as Anthony explained that everyone knows that cat meat is sweet to eat, but dog meet is oily and tough. If you try and roast the dog quickly, the outside burns and the inside remains oily and unpalatable. To do it right, you put the dog on a spit over a low-heat coal fire for an entire day. Then the oil drains out, the meat cooks all the way through, and it makes a good stew over rice.

Anthony said most community leaders know this, and so they watch in dismay as aid groups come in with aggressive timelines trying to effect profound change in societies that have evolved over hundreds of years. Relationships that start gradually build trust are the ones most likely to achieve effective partnerships and cooperative projects.

You don’t roast a dog quickly. It's an insightful image for sustainable development that has helped guide the work of Lifewater for many years now!